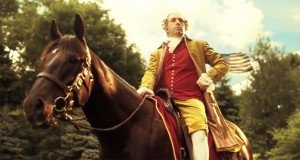 Macaroni and cheese is a kid staple, and it’s been that way since the yellow Kraft macaroni and cheese box of 1937. It’s not surprising to find that the origins are Italian, with recipes dating as far back as the thirteenth century.

Search the Liber de coquina, a Latin text written by an anonymous source close to the court of Neapolitan and Charles II of Anjou, contained a recipe called “de lasanis.” This is not unlike lasagnas we know of today. Instead of elbow macaroni, they used sheets made from fermented dough. The sheets were cut into small squares, which were cooked in water and tossed with grated Parmesan. Even the process of cooking macaroni and cheese was similar to the process of making lasagna today, with layers layered over spices and grated cheese.

Still, the arrival of macaroni and cheese in America is thought to have two potential origins. There is a story of a New England church supper, where the dish is said to have been served. It was also popular in Southeastern Connecticut, where it was known as “macaroni pudding.”

But neither of these stories is as compelling as the one that places the origin of American mac in the house of Thomas Jefferson. Jefferson was a well-traveled man and it’s said that brough a pasta making machine back to his home after a trip to Italy. His daughter had recently become caretaker of the home after his wife died, and so Mary Randolph “invented” the dish using elbow macaroni and parmesan cheese.

About the Author: Phin Upham is an investor at a family office/ hedgefund, where he focuses on special situation illiquid investing. Before this position, Phin Upham was working at Morgan Stanley in the Media and Telecom group. You may contact Phin on his Phin Upham website or Facebook page.