A Brief Trip Through the History of Kraft Mac and Cheese 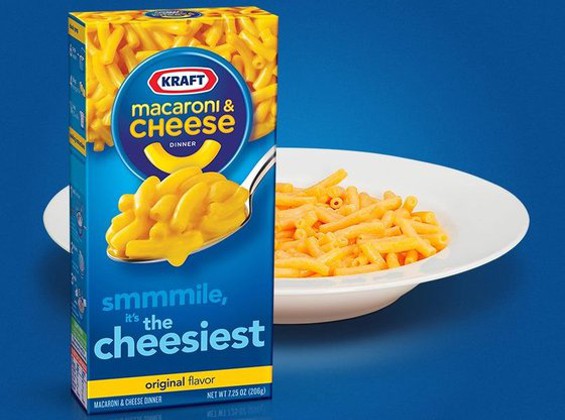 Kraft isn’t just a macaroni and cheese company, but it’s easy to mistake them for one. Kraft has tried a number of methods to spin off its cheesy treat, with varying degrees of success, but they’ve kept the idea virtually the same. Kraft macaroni and cheese is simple to make and requires few ingredients to make well. The brand is worth millions, with spin offs like crackers and cheese cups becoming more popular. Here is a brief survey of what the Kraft Company has done with its macaroni and cheese.

During the Depression, families were struggling with putting food on the table. It was not uncommon for kids to enjoy a ketchup sandwich, or hot dog soup. These kinds of food stuffs were easy to acquire cheaply and were able to serve a large family on a meager budget. Kraft entered the market in 1937, and sold roughly 50 million boxes during World War II. Part of the reason for these numbers had to do with rations. Families could get two boxes of macaroni and cheese for a single ration stamp.
By 1954, the box had gained the iconic blue color we know today, a sharp change from the stark yellow box of yesteryear.

Kraft left the recipe virtually untouched for more than 20 years. Then, in 1975, they added spiral-shaped noodles to appeal to kids. Velveeta shells and cheese debuted in 1984, and that was the last change to hit Kraft mac and cheese for another twenty years. By then, tastes and lifestyles had changed and Kraft shifted to organic and “homestyle” meals in the early 2000s.

About the Author: Samuel Phineas Upham is an investor at a family office/ hedgefund, where he focuses on special situation illiquid investing. Before this position, Phin Upham was working at Morgan Stanley in the Media and Telecom group. You may contact Phin on his Twitter.